Judah’s Cloud was created by bereaved parents, for bereaved parents but it takes a whole network of people to make what we do possible. Our team consists of volunteers in all areas from 3D casting to admin to packaging our clothing or delivering precious casts. We also work alongside a number of specialist staff including midwives, neonatal nurses, healthcare assistants and seamstresses. Each and every person makes a difference to the families we work with, giving them vital memories to last a lifetime. So whilst this story may be ours, what we do is dedicated to all the babies who are no longer with us, all the families we’ve seen and all the professionals we partner with. 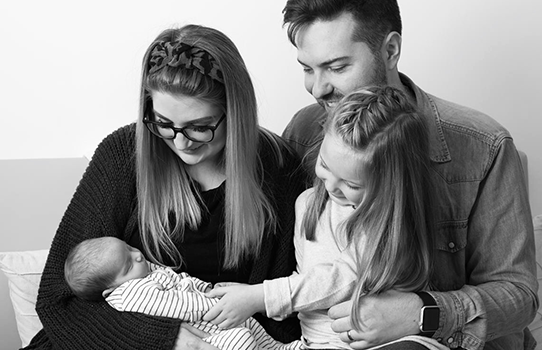 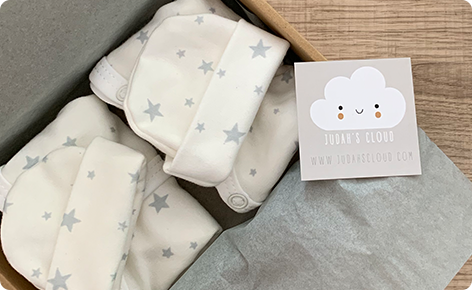 "Now treasuring our memories like casting and clothing, we and our team at Judah’s Cloud would like to help create those memory items for other parents. "

Judah’s Cloud was launched in 2017 after our son, Judah, was stillborn at 40 +5 weeks gestation. Just 12 hours before Judah was expected to arrive via planned c-section, we discovered he had no heartbeat. At 7.55am on 5th August 2017, Judah was born weighing 8lbs and 11oz.

Shortly after birth, he was dressed in a little grey sleepsuit with a big smiling cloud on the front. Before his funeral we changed his clothes so we could keep this special outfit. We were also incredibly fortunate to receive a 3D foot cast from our hospital, which is something we will forever treasure. We will forever be thankful for the incredible bereavement care we received, and it breaks our hearts to know that not every family gets the same compassion, memory making opportunities and care we received.

Now treasuring our memories like casting and clothing, we and our team at Judah’s Cloud would like to help create those memory items for other parents who sadly experience loss before, during or shortly after birth.

All our love,
Jenny and Chris

"Now treasuring our memories like casting and clothing, we and our team at Judah’s Cloud would like to help create those memory items for other parents. "